“Have you ever in your life come to realize that everything, absolutely everything, depends on you?”
Raymie didn’t even have to think about the answer to this question.
“Yes,” she said.

Raymie Clarke is certain that absolutely everything depends on her. Everything having to do with getting her dad to come back home where he belongs, that is. And she has a plan. She is going to win the Little Miss Central Florida Tire competition, and when her dad sees her face in the newspapers, he will realize he has made a terrible mistake and come home.

Kate Dicamillo’s newest middle grade novel, Raymie Nightingale, tells the story of three unlikely friends who meet in a baton twirling class and embark on a summer adventure. The story is set in central Florida in 1975, and DiCamillo has said that in many ways, it is her story too.

Raymie Nightingale explores universal themes of friendship, loss, and life’s unanswerable questions in a way that will resonate with young readers and older readers who remember their younger selves. It’s a story of the ways we try to save each other, and the ways we ultimately save ourselves.

Navigating these themes requires each of the girls to face her own unique relationship with fear and find her own brand of courage over the course of the story. Each of the girls shares a first step in this journey – registering for the Little Miss Central Florida Tire competition – a step that leads them to one another.

“I tell you what: Fear is a big waste of time. I’m not afraid of anything.” – Beverly Tapinski

Beverly Tapinski is a scrappy and seemingly fearless girl on a quest to sabotage the Little Miss Central Florida Tire competition. But as we get to know Beverly, we see that she sometimes hides behind a facade of bravery. She talks of leaving town and not looking back. Running away can feel courageous to kids, but the truth is, staying often requires an even deeper well of bravery. Over the course of the summer, Beverly must find the courage to let down her guard enough to trust her new friends and maybe, find a way to stay.

“Oh, my goodness. I’m just all filled up with feathers and regrets. And fears. I have a lot of fears.” – Louisiana Elefante

Louisiana Elefante is quick to faint at the first flutterings of fear. The opposite of Beverly in many ways, she is not afraid to show her emotions, but she is afraid of everything else, including never living up to the courage of her parents – The Flying Elefantes. Louisiana lives with her grandma, subsists on canned tuna and is always on the lookout for Marsha Jean of the county home coming to take her away. She sets out to win the Little Miss Central Florida Tire competition to bring home the prize money she and her grandmother need to stay together. Louisiana lives partly in a fantasy world, and she must find the courage to accept her reality while maintaining her hopefulness. When she does, we see more courage from Louisiana than she ever hints is inside her.

Raymie Clarke wants to be a problem solver, and like all problem solvers in this world, she has to learn which problems she can help with, and which are not hers to solve. Raymie is ten years old when her father walks out on his family. While Raymie cannot make sense of his actions, she is certain that she can change his mind by winning the Little Miss Central Florida Tire competition. But as the summer unfolds, Raymie learns to listen to the whispers of her own soul enough to face reality with true courage, and danger with outstanding bravery.

As readers, we often find glimpses of ourselves in the stories we love, and in this book, I found parts of myself in Raymie. I have a laundry list of problems I’ve tried to solve that weren’t mine to fix, and at no time was this more true than when I was a child. When I was about Raymie’s age, my dad took up smoking again after a decade away from cigarettes. I was determined to get him to stop. I tried begging, I tried lecturing. I tried stealing his cigarettes and breaking them into small pieces before throwing them away. I once flushed several down a toilet (that did not go over well). I even made him a glittery, popsicle stick sign for his office that read “No Smoking!” I was relentless in my attempts to get him to quit. I really believed that I alone could change him, or at least that I should be enough of a reason for him to quit. My dad finally stopped smoking years after I gave up my one-person campaign, but it was because he wanted to. He was ready. There aren’t enough popsicle sticks in the world for me to change another person, but we are capable of changing ourselves, when we are ready.

Raymie Nightingale offers an honest look into the hearts of these three young girls, each finding the courage to come to terms with the circumstances of her life. But none of them has to do this alone. This is, above all, a story of their friendship. The girls reach out and hold one another’s hands in the ways that matter most in the moments they most need it. It is a story of loss and triumph, adventure and baton-twirling, sleepovers and daring rescues, laughter and love.

Fill out your very own application for the Little Miss Central Florida Tire competition!

Be sure to check out the rest of our Week of Raymie Nightingale here at All the Wonders. You’ll find an interview with author Kate DiCamillo, an exploration of a real-life childhood friendship that mirrors that of Raymie, Beverly, and Louisiana, and finally a treasury of friendship books to read after you turn the final page of Raymie Nightingale. 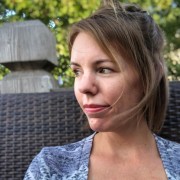 Jess Townes is a freelance writer and aspiring children’s book author. Before writing for children, she worked in public education and non-profit program development, with an emphasis on building community partnerships. Jess blogs about children’s literature, parenting, and creating an intentional home at www.jesstownes.com, and you can find her on Twitter @JessicaTownes.

Finding Courage in Raymie Nightingale – All The Wonders