In This is Sadie by Sara O’Leary (Author) and Julie Morstad (Illustrator), we get to know a young girl through her vast imagination. On page one we learn that she is NOT, in fact, sitting inside an ordinary cardboard box.

Look closer! See? She is on “an enormous boat … crossing a wide, wide sea.”

Sadie’s surroundings are so much more than they appear, and Sadie, herself, is a child of infinite possibilities. But then, aren’t all children?

So often we mark the time in our children’s lives with keepsakes that list biological statistics like height and weight, or historical factoids like the most popular song the year they turned five. While these things are great, I wonder if it’s also possible to capture the intangible things that make our children special: their imaginations, their adventurous spirits?

What if we decided to take a different approach to the family time capsule? Something beyond height markings on a wall or a photo album on a shelf? How, for instance, could a mother capture the week her son’s favorite animal became the pegacorn? Or the month her daughter decided that her superpower was changing evildoers’ minds with a hug?

In other words, how can we as parents use our own innate creativity to make real the imaginings of our children, and in doing so freeze the truest parts of them in time?

Inspired by This is Sadie, three dads at All The Wonders attempted to answer this question. Using the multimedia tools available to us, here’s what we came up with.

Greetings adventurers and aerospace buccaneers! We are pleased to announce a travel opportunity that will take you to exotic locations beyond your wildest dreams and imaginings. Join fearless aeronaut 1st Captain Jonah de Rosa Pantelones as he charters new landscapes along the outermost rim of the Pacific Ocean where it is thought that a remote island has remained in the veil of all human history and consciousness for the past 200 million years. What wonders await those who accompany Captain Pantelones along his journey we know not, but our forever fearless captain assures that no matter what we face, be it an inhabitation of dinosaurs, a secret hideout of superheroes, or an anomaly affecting the very rifts of time and space, we will brave the adventure together …and it will be AWESOME!

This is Oliver … and this is max

This is Leigha from Blake Hamilton on Vimeo.

When Fairy-Princess, Elsa Organa, discovered that her sister Anna had become the sith lord, Kylo Batgirl, she knew she had to see it with her own eyes. Recognizing that hope was not yet lost, Elsa allowed her sister to strike her down. This selfless act caused Kylo to rethink her actions, and ultimately led to the joyful reunion of the two siblings – albeit with one half in permanent ghost form.

We hope This is Sadie inspires you to document the incredible adventures of you and your children! Please share their stories with us on social media using the hashtag #SadieWonders or in the comments section below.

Be sure to check out our ALL THE WONDERS of This is Sadie post for much more with Sadie. 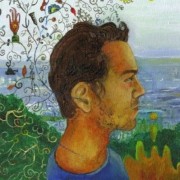 Blake Hamilton is a children's author, filmmaker, and co-founder/CEO of All The Wonders. His short films have screened at festivals around the world, and his clients have ranged from television networks like CBS, NBC, and HBO to organizations like Princeton University and The White House. Blake currently lives in New Jersey where he writes picture books, middle grade fiction, and media content, all while fathering a curly-haired-pirate-fairy and her minion. Connect with Blake at AllTheWonders.com, BlakeHamilton.com, or on twitter at @BlakeHamilton.

This is… – All The Wonders