All The Wonders This Week w/ Rebecca Donnelly: October 8, 2019

The CYBIL Award nominations, thoughts on the new Hunger Games prequel, #MGBooktober, and the latest in speculative fiction for young readers. We’ve got all this and more. I’m Corrina Allen and this is All The Wonders This Week.

Joining me this week to discuss what’s new and intriguing in the world of children’s literature  is Rebecca Donnelly – a children’s librarian in northern New York and author of the two middle grade novels How to Stage a Catastrophe and The Friendship Lie – and the newly released picture book, Cats Are a Liquid!

The new animated  Addams Family movie hitting theatres on October 10th! There looks to be some great voicework here like Oscar Isaac (Poe from Star Wars) and Charlize Theron voicing Gomez and Morticia Addams and Finn Wolfhard from Stranger Things as Puglsey,  This one is rated PG for

macabre elements and suggestive humor, so maybe do a little research before taking your kids.

Some news related to Sesame Street that came out this past week is that Sesame Street now has a 5 year deal with HBO’s streaming service called HBO Max.  All episodes will still be available for free on PBS a few months after they air on HBO Max, but I didn’t realize that Sesame Street has already been airing first on HBO since 2015.  So some people have been upset about that announcement, but it’s been going on already for four year.

On Netflix, there is a Captain Underpants Halloween special coming today called The Spooky Tale of Captain Underpants Hack-a-Ween. There’s actually a lot of cool Halloween shows available on Netflix month so I’ll drop a link to a site that lists them all. BUT – obviously while some are family friendly, others may not be so use your judgement there.

writing life. They’re best known as YA writers, but they have experience all over the place. Dhonielle Clayton, for example, is the cofounder of the book packager Cake Literary that has put out wonderful MG titles like Anna Meriano’s Love, Sugar, Magic series.

Librarian, blogger, and author Betsy Bird announced a new podcast that will release later this year called Story Seeds, where kidlit folks will write short stories based on ideas from kids age 7-12.

On my mind this week is how difficult it is to maintain a really strong reading habit when the national news is so bonkers right now. And how the stress and anxiety and uncertainty of our world trickles down to our children. One the one hand, I feel this urgency to make sure our kids know the gravity of what is happening so they don’t ever repeat this mistakes and on the other hand, I want to shield them from everything. It’s a balance I don’t know how to strike.

The topic of the Twitter chat #MGBookChat this week was STEM for kids, and I got into a good conversation about kids and nonfiction with some of the participants. As a writer who’s also a children’s librarian, I have a little experience on both sides of the book–creation and seeing what kids are reading and what they’re asking for. I realized that I could do a lot better with recommending nonfiction to kids, not just when they want a book on x topic but, as one of the commenters said, to try nonfiction when someone is looking for something to read in general. So nonfiction is on my mind–how to use it, how to improve my nonfiction reader’s advisory skills, and how to booktalk it more when I do class visits.

Thank all of you for listening and sharing your Tuesday with us!

You can find an outline of the show and links to all the books and topics we chatted about at allthewonders.com.  If you have a question or comment, I’d love to hear from you! You can contact me at corrina@allthewonders.com or connect with me on Twitter or Instagram. And reviews on iTunes or Stitcher are always much appreciated.

The All the Wonders This Week podcast is brought to you by All The Wonders, where children’s books are for everyone. Journey beyond the page with podcasts, videos, crafts, and more at allthewonders.com.

See you next week! 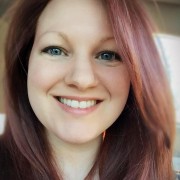